How to Stop a Sewage Backup in Your Basement? 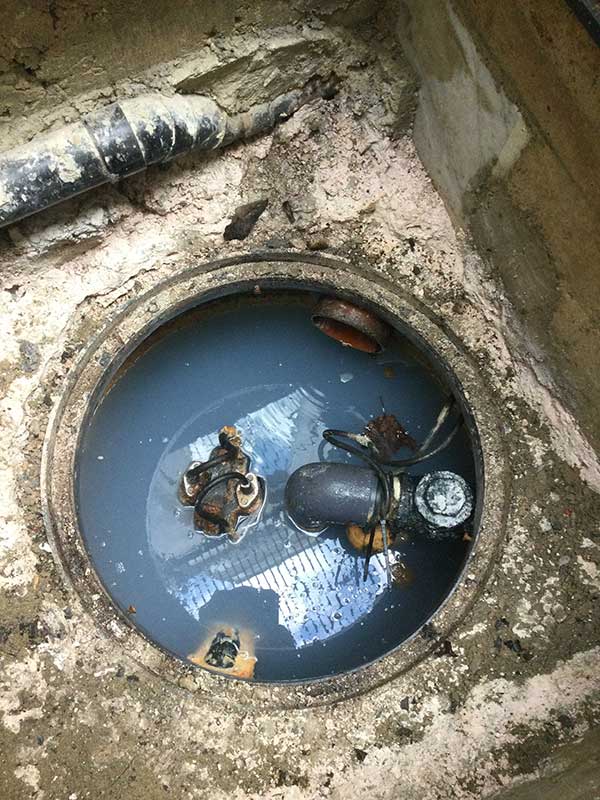 We can all sit in agreement that when it comes to property care, a working, reliable sewage system is incredibly important. It’s the kind of thing that you generally don’t think about on a day to day basis, until it’s too late.

Why Do Sewage Systems Backup?

Realistically there are a few reasons that a sewage system can backup and flood your basement, and we will go through a number of them here.

The first reason that could lead to a potential sewage backup in your basement is a blocked drain. Now, you might think that a blocked drain is the result of user error, and the wrong sort of contents being flushed away and being entered into the sewage system.

That is partially true. It’s important that things that shouldn’t be flushed or drained into your sewage system aren’t, but it can also be the case that environmental factors can wreak havoc on your sewage pipes and drains.

Take tree roots for example – it is common for these roots to grow and crack through pipes, obstructing them or allowing them to fill with dirt. This will inevitably lead to a backup as soon as enough wastewater has entered the drain to backup into the basement.

Then, there is the possibility of a flood causing a severe sewage backup. In this situation, a flood leads to the literal sewers themselves becoming flooded, and in turn, the pipes connecting your property to the sewage system becoming filled, backing up and flooding your basement as the flooding gets worse.

These are horrible situations to be in, for obvious reasons, but how can you protect your basement against a potential backup in sewage from occurring?

Steps You Can Take to Prevent Sewage Backup in Your Basement

The first thing you need to consider when it comes to a properties sewage drains and pipes is that they lie and the very bottom of all the drainage systems. That means that your basement is going to contain your sewage pump and other drainage facilities, before your household sewage is pumped away from the property itself.

What Not To Dispose of Down The Toilet

First, let’s talk about disposal. We already mentioned that your properties sewage system was installed with only wastewater, sanitary products and human waste in mind. That doesn’t mean that it is equipped to deal with the likes of nappies, tampons, wet wipes and other types of non-flushable items though.

Putting those kinds of items into your sewage system can be a fast track to a sewage backup in your basement. In fact, it would be wise to not flush these items, or anything like grease, oil, fat or leftovers into your waste system, otherwise, you could quickly fall into a backup situation.

It might not even be the pipes that are the cause of the backup here either. If materials your sewage pump can’t handle still enter the pump, then you are putting that sewage pump at risk of failure – especially if the pump is unable to flush itself or break up the waste it collects.

So, avoid flushing anything that shouldn’t be flushed and your pipes should thank you. As for your sewage pipe – the same rules apply. However, think about your maintenance schedule. Having a professional come and take a look at your sewage pump (and your sump pump, if you have one) regularly is a low cost way to avoid the disgustingly unpleasant surprise of a sewage backup. Just give our team a call today, and we can sort out a schedule that works for you.

Now, if you believe that the cause of the blockage is potentially environmental in nature we can help there too. You will need to take advantage of our CCTV drain surveys.

Our drain surveys give our technicians a look into your drains and allows them to ascertain exactly what is causing a blockage and respond accordingly to help you avoid a potential future backup.

Now onto flooding. Flooding within your basement could easily lead to sewage backing up if your sewage pump were to break as a result of water damage. Not to worry though, waterproofing your basement with a comprehensive waterproofing system like cavity drain membrane lining, as well as a dependable sump pump should be more than enough to protect your home from everyday water ingress.

Its when you are faced with the likes of sewers becoming flooded that you have a real issue. Sadly, there is no real way for you to prevent or prepare for the local sewer systems becoming flooded and backing up due to natural rainfall or widespread flooding.

In this situation, the best that you can do is drain your basement entirely, and recover as best you can with whatever insurance you might have.

Talk To A Specialist

When it comes to everyday backups though, hopefully, the advice here is more than enough to keep your drains clear and your sewage system in working order. If you would like to arrange a wellness visit from our team, to inspect your sewage pump or your drains, just call 0800 019 9949 today or get in touch online.

Our trained technicians are capable of inspecting and maintaining your sewage pump, whilst also being capable of recommending and implementing any changes that we believe would make your sewage and sump pump more capable and ready in the event of a flood.